St. Louis Public Radio: ‘Look up in your own city; it is a great place to live’ 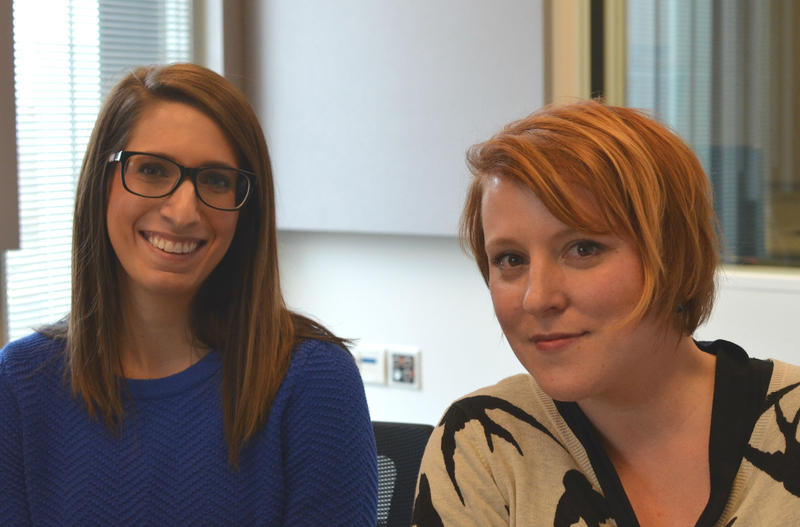 “As St. Louisans we totally don’t know our own city,” said Mike, a caller during Thursday’s “St. Louis on the Air” program. He often comes across out-of-town visitors who are “agog” at the architecture they can find here…and that’s not even off the beaten path.

That’s a problem that local group Renegade STL is trying to combat with a different kind of tour — one that promises to give participants a tour of the “whole damn city” in 2.5 hours, even the parts that most tour companies don’t deem sight-seeing worthy. The tours have been wildly successful, selling out each time they are offered.

“It is a general St. Louis problem, not having that pride in what we have and celebrating what is wonderful,” said the group’s founder, Amanda Clark. “I’m not from here, I’m not tied to the cultural history of St. Louis. I love toasted ravioli but it’s not in my heart. I also have come here and fallen in love with the city. I’m not beholden to the cultural pieces. I’m free to love it.”

Renegade St. Louis formed two years as an outlet for Clark to giving private, historical walking tours of St. Louis as a side business. Two months ago, she connected with architect Amanda Perrone, and as they were talking the idea came up to introduce people to “the whole damn city.” So, that’s what they did.

Obviously, Perrone said, that doesn’t mean you see every single thing on one hours-long tour. That would take weeks, even a lifetime to appreciate. The tour does cover a lot of ground, moving from north to south St. Louis, regardless of the stereotypical “Delmar divide.”

“We’re trying to fill in the holes, fill in the gaps, to cover what you might not know to draw larger conclusions over the grand scheme of what’s going on the city,” Perrone said. “What there is now, what’s been there before and what may be going on in the future. It’s filling the gaps in the timeline and the physical line of St. Louis.”

The tours aim to draw both out-of-towners and locals who may not have a full grasp on the city. Tours are customized to different groups, depending on where people come from, and include anywhere from 5 to 20 people.

“We see when people buy tickets where they are, where they live,” Clark said. “In an ideal world, every single one of those people are from outside 170, outside of 270. I don’t live in the city limits, I live in the county. I love sharing the city with them.”

Perrone said that the tours are open to modification from the input of tour-goers. “It starts new conversations,” she said.

And some of the leaders’ favorite spots? The Eads Bridge, Carondelet, the Annie C. Malone home, the Homer G. Phillips Hospital, the water tower on N. Grand, and the Kosciusco neighborhood, which includes a colorful graffitied flood wall.

“The holy corners on Kingshighway,” said Perrone. “That’s a basic snapshot of seven buildings, five different styles. That’s a quiz waiting to happen. That’s fun. But everything else you can walk around and see an encyclopedia of classic, amazing architectural builders dating back to the Renaissance and before that are influencing buildings all around the city. It is exciting to pick up on those little puzzle pieces to see that is something that would be a Borromini and that’s something that is Bramante and Brunelleschi.”

As Renegade STL expands, Clark hopes to branch outside of the inner belt to offer tours.

“I would love to do the ‘Whole Damn County Tour,’” Clark said. “I’ve been giving walking tours of Webster Groves for years. I call it ‘don’t knock it ‘til you walk it.’ People are always surprised at how subversive it can be—how much racial history is there, culture history and how to connect it to the city. There’s nowhere I’m afraid to go.”

Several callers also chimed in with their wishes for different kinds of tours—from a morel searching mission, to Gaslight Square, to a ship tour of the Alton lock and dam.

“That’s the spirit of this. What do you want to know about? I’ll learn about it and teach you,” said Clark.

While the next ‘Whole Damn City Tour’ is sold out, the group is branching out with downtown and Forest Park tours as well as a new addition of a photo tour of the Grove. Those tours are booked privately, and run $15/person.

You can find more information online, including upcoming tour schedules, at their website: https://renegadestl.com/.

“Look up in your own city; it is a great place to live,” Perrone said.

“St. Louis on the Air” discusses issues and concerns facing the St. Louis area. The show is produced by Mary Edwards, Alex Heuer and Kelly Moffitt and hosted by veteran journalist Don Marsh. Follow us on Twitter and join the conversation at @STLonAir.

Listen to the Interview on St. Louis Public Radio